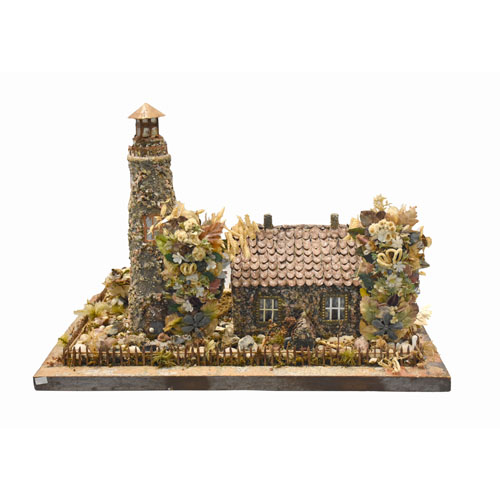 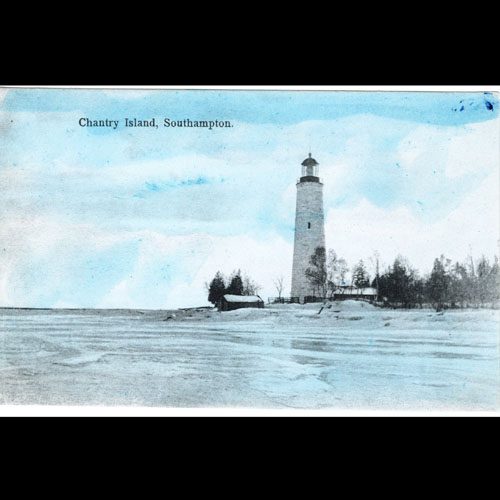 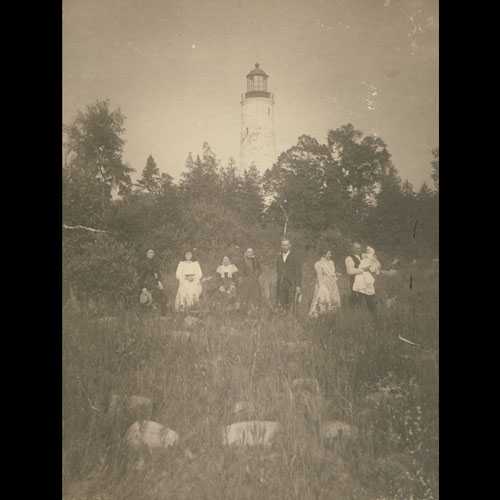 Picturesque in its setting, Chantry Island doesn’t appear to be a dangerous place for lake going vessels, but beneath the waters lies shoals of large rocks.  As Southampton was established as a port along the Bruce and land was opening for settlement, more and more ships began to ply the waters of Lake Huron.  Recognizing the dangers early on, it was decided a lighthouse was needed on Chantry Island.  Awarded the contract to build several lighthouses along Lake Huron and Georgian Bay was John Brown of Thorold, Ontario.  The style chosen for Chantry Island is known as an Imperial Tower.

Work began in 1855. Credited as being the first light keeper was Robert Mills who tended a temporary signal from 1855 to 1857 on Chantry during construction.  The light consisted of a lantern suspended from a mast, and later a pole hung on the tower of the lighthouse.  For this he was given a salary as well as supplies to last him through the year.

The Chantry Island light was completed in four years, with the light first shining on April 1, 1859.  Constructed of limestone and granite, topped with a lantern room of cast iron, copper alloys and glass, the Chantry Island light stands at 86 feet, and originally had a fixed light.  The lens was a 2nd Order light imported from the Louis Sautter company of Paris.  Its style, known as diotropic, was cutting edge technology of the time, and in 1860, Chantry’s light was one of ten diotropic lights in Upper and Lower Canada.  Over time, the light at Chantry used several kinds of fuels including sperm whale oil, Colza oil (made from vegetable oil), coal oil, kerosene, and acetylene.  In more modern times the light was electric and solar powered.

As shipping on Lake Huron became more and more busy, other navigational aids were added to the Southampton Harbour and around the Chantry Island Light.  In 1871 work began on what was to become known as the Long Dock.  The dock consisted of two sections, one from the mainland and the other from Chantry Island.  Between the two was an entrance/exit gap, locally known as The Gap. A range light was located on the end of the Chantry Island side of the Long Dock. Construction of the Long Dock was completed in 1877.  In 1874 a beacon on the South Shoal was constructed.  The South Shoal Beacon was a wooden structure, 50 feet in diameter and octagonal in shape.  Alongside the Long Dock range light in 1877, the Southampton range light was constructed.  It was located on the mainland, north of Horseshoe Bay – this light was later moved to McNab Point to allow for better navigation into the north entrance of the harbour.  Next came the Southampton pier light in 1883, and the Saugeen River Lighthouse, or back range light in 1900.

Through its time, the Chantry Island Lighthouse had six keepers.  They were Duncan McGregor Lambert (1858-1880), Captain William Lambert (1880-1907), Malcolm McIver (1908-1916), John Klippert (1917-1937), Clayton Knechtel (1937-1941), Alfred Huber (1941) and Cameron Spencer (1942-1954).  In 1954 the light became automated and there was no longer a need for a lightkeeper.  Alongside the lightkeeper’s duties, Chantry’s lightkeepers were also responsible for saving the lives of many of sailor whose ships ran aground in the vicinity of the island or while traying to “make The Gap” during stormy weather.  During the time of Captain William Lambert, the island became a popular place for picnickers, and people arrived by the boatload wanting to see the light.  So many people came, that the Department of Marine & Fisheries allowed Captain Lambert to charge a dime per person for a tour.

After the light became automated, the lighthouse was abandoned and became run-down; being left to weather and the birds. Eventually Chantry Island became a Migratory Bird Sanctuary and is now home to cormorants, egrets, herons, gulls, and bald eagles.  At the end of the 1990s concerned citizens, making up the local Propeller Club and Marine Heritage Committee, wanted to make the lighthouse and property an attraction once again and began a campaign to revitalize the lightkeeper’s house. They were successful in their mission and using a volunteer workforce restored the lightkeeper’s home and grounds to an early period of its life.  The Chantry Island Lighthouse was reopened in August of 2001. 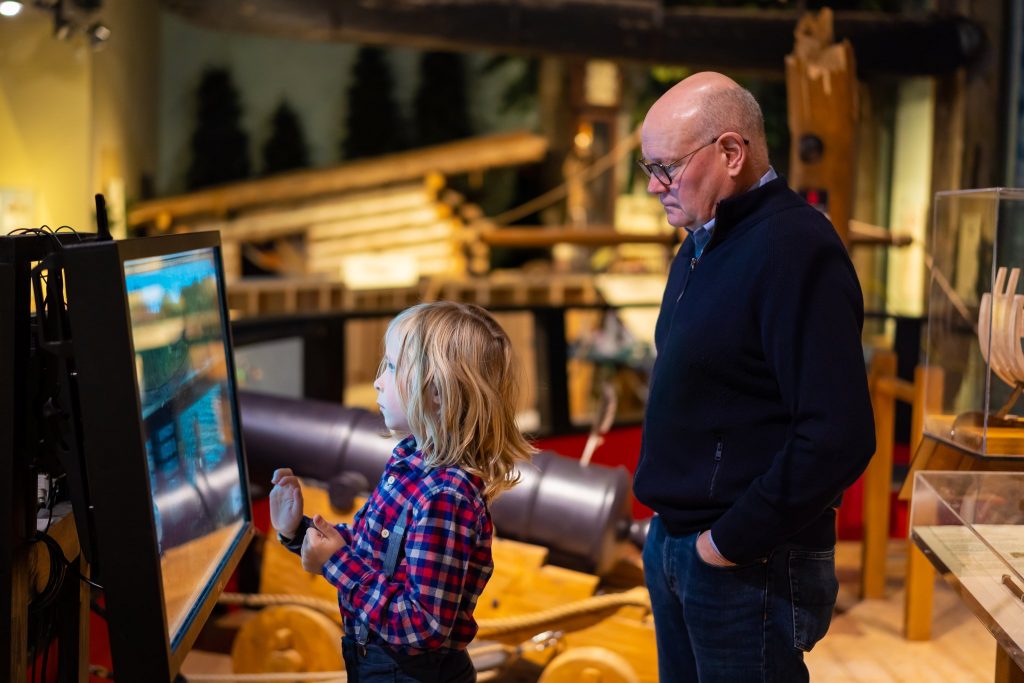