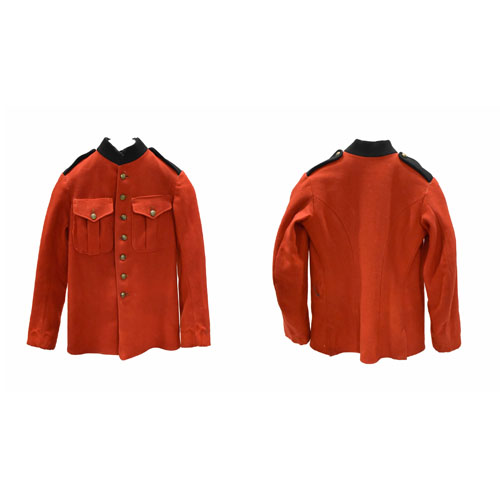 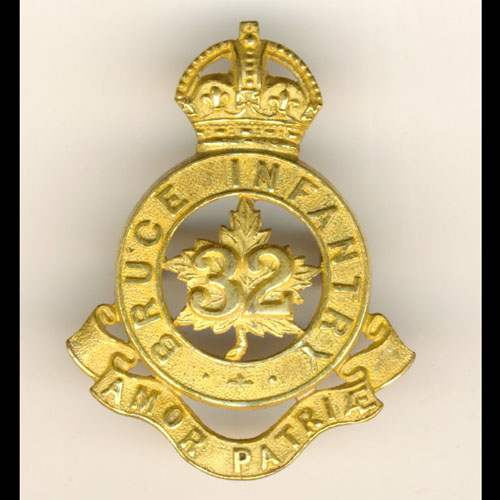 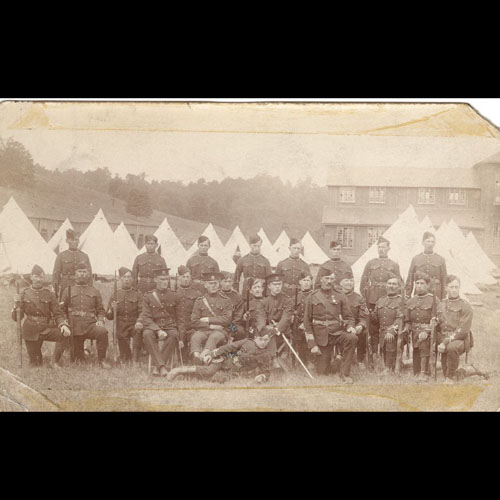 Bruce’s first militia was formed with the passing of the Military Act of 1855. This act made all men, ages 18-40 servicemen and ages 40-60 reserves. At this time, there were two kinds of militia, one active and the other standing.  Bruce’s militia was standing. Originally divided into three battalions, this was later changed to six. During this time, the militia wasn’t drilled but had to muster annually for the Queen’s birthday.

When the Trent Affair arose in 1861, it looked like war between Britain and the United States.  Volunteer companies arose throughout the County. Southampton was the first to form a volunteer company, raised under Colonel alexander Sproat, and authorized by general order in 1861. According to author Norman Robertson, Southampton Company was the first to form because they had previously petitioned to become their own company. This petition stemmed from the fact the 1st Battalion thought it was useless to muster on the Queen’s birthday and refused to turn out. An act they were fined for, but still refused. Part of their petition was for the Ministry to supply them with weapons, while they supplied their own uniforms. Once the Trent Affair started, the Minister of Militia agreed to the petition, making them the first volunteer company in Bruce, and a regular army sergeant was sent to drill them. Next to follow with a volunteer company was Kincardine in 1862, and Paisley, Lucknow, and Kincardine Township in 1863.

When the Fenian forces landed at Fort Erie on June 2, 1866, Bruce’s volunteers were called to meet at Goderich to aid the regulars in fending off the invaders. Four of Bruce’s companies, Southampton, Kincardine, Kincardine Township and Paisley amassed outside of Goderich in June 1866. They were there for approximately four weeks before returning home. The Southampton Rifles were the exception; they went to outside of Sarnia until August. During this time both Tara and Walkerton formed volunteer companies.

On September 14, 1866, the four companies present at Goderich and the newly formed Tara and Walkerton companies were officially formed as the 32nd Bruce Battalion of Infantry and were under the command of Lieutenant Colonel Alexander Sproat. They assembled for the first time July 1868 at Southampton where they drilled for 12 days. Mildmay and Teeswater established companies in 1872. The 32nd’s colours were purchased for $600, by monies raised by the ladies of Bruce County, and were presented by Mrs. Sproat in Kincardine June 19, 1872.

In 1870, during the Red River Rebellion, it was asked that three volunteers from each company of the 32nd assemble with other volunteer forces, and travel to Manitoba. In each case, more than three men volunteered and had to be selected. Like the Fenian Raids, this skirmish ended with no blood shed for the men of the 32nd and they returned home. In 1855, the 32nd was again called to duty, this time in response to the North-West Rebellion. Again, the troops were at the ready, waiting to be deployed from Southampton, but again were not required and sent home. It is interesting to note that several Bruce men, not under auspices of the 32nd, played roles in the North-West Rebellion.

During the First World War, the 32nd embarked for Britain February 1915. Once there is was redesignated the 32nd Reserve CEF, and then in 1917 its personnel were absorbed into the 15th Reserve Battalion CEF in order to provide reinforcements to the Canadian Corps in the field. The 32nd Battalion was disbanded on September 1, 1917. 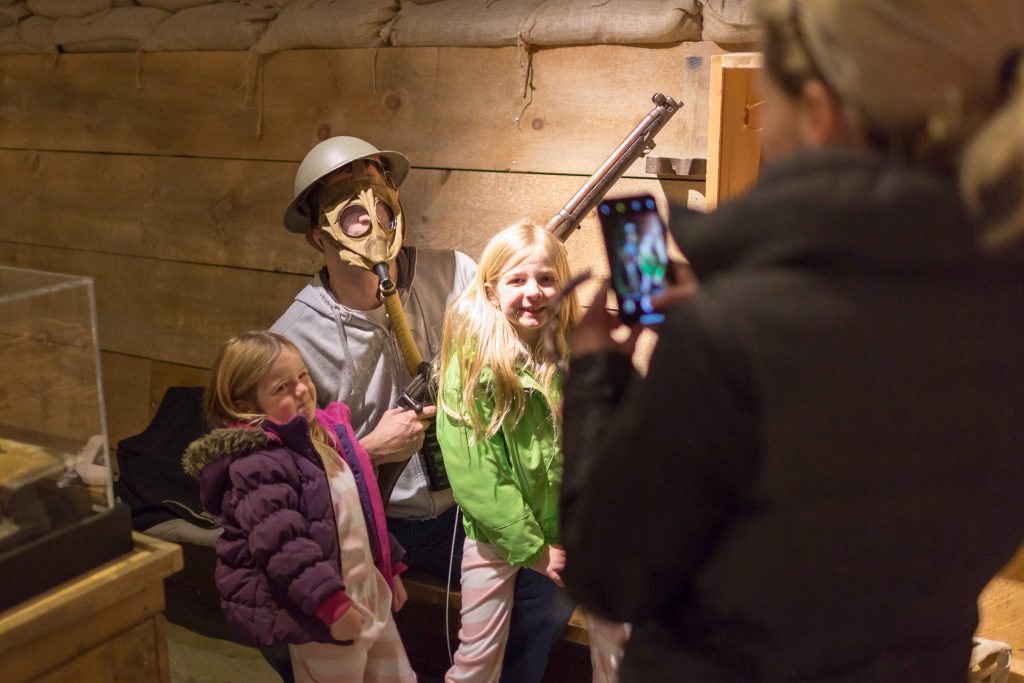