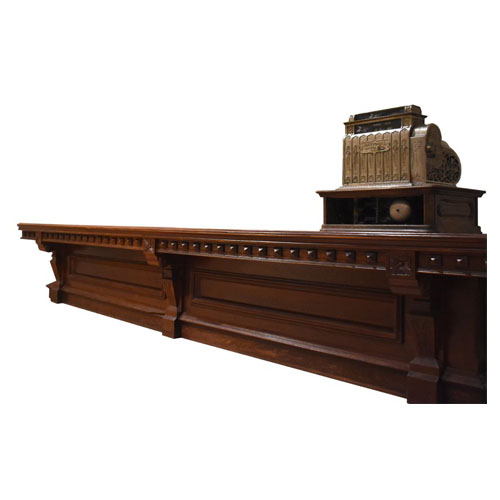 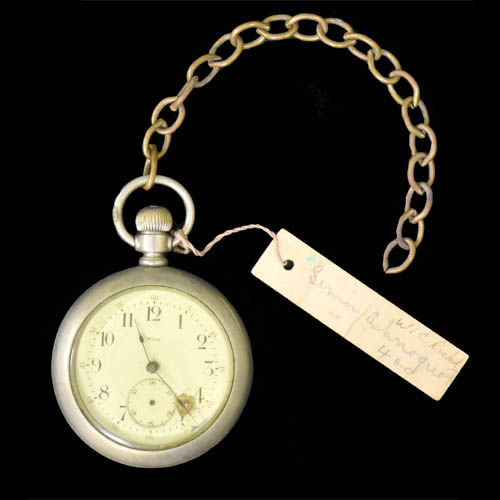 When one thinks of pioneers and the sorts of businesses one may find in their settlements, we tend to think of the miller, the blacksmith, the general store owner, the innkeeper, and so on. The jeweller, being normally associated with high expense yet low practical value items, probably are not the first thing that comes to mind when thinking of hubs for early agricultural communities. Yet, their knowledge of metallurgy and fine motor skills made them an incredibly valuable asset to the community as they could repair watches and clocks and fit glasses for those in need. Often, they were the only ones in their communities who could perform such tasks, though that would not remain the case for long. Some of the jewellers represented in the archives and collection are:

1871 was a mere 23 years after Kincardine was first settled and three years before the trains began running. Yet this was the year Edward Fox came to Kincardine and opened his jewellery store, “Watches, Clocks, and Jewellery” on Queen street where it would remain for nearly a century. In addition to the mentioned goods, Mr. Fox also offered optician services and repair work. The business kept him well, allowing him to build a newer store in 1880 and covered the expenses of raising three sons. He was also quite well respected within the community, serving as town treasurer for nearly 40 years, during which he kept meticulous and well-ordered records on behalf of the Town.

In 1930 the shop passed to Edward Fox’s second son, Edward Fox Jr. Upon Jr’s passing in 1947 the business was taken up by his widow, Nina Blackwell Fox, who would run it for another 13 years. After 92 years of operation at 747 Queen Street, Fox Jewellery closed in 1963. At the time of its closing it was Kincardine’s oldest shop. In recognition of the shop’s significance Mrs. Fox donated the shop counter to the Bruce County Museum, where it is currently displayed as part of the Museum’s General Store Exhibit.

Isaiah Shoemaker was a much newer arrival in to Bruce County. In fact by 1894, when he arrived in Paisley, “the Queen’s Bush” was a distant memory. However, Paisley itself was much smaller and much more recently incorporated than a site like Kincardine, so it retained many more facets of a pioneer settlement for longer.

Isaiah Shoemaker (1873-1964) moved to Paisley after apprenticing to be a Jeweler in Kitchener (then called Berlin). He was not the village’s first jeweller, he bought the store and tools from a Mr. Blach. Initially the store operated out of what would later be the Bruce Telephone Office, but by 1900 he had enough success to move to a more spacious site. As a jeweler he specialized in the repair, adjusting, and sale of jewelery and watches.

To expand his offering of goods and services he returned to school, attaining a diploma in the Science of Refraction and Dispensary Optics from the Canadian Ophthalmic College of Toronto in 1901. In 1904 he would be certified as a member of the Canadian Association of Opticians, and eye care would remain a pillar of his business ever since. He would go a step further and become one of the first 100 Optometrists registered to The Board Of Examiners In Optometry For The Province of Ontario. He retired in 1960.

Contrary to what one may expect, as the frontier became better developed the local jewellery industry actually became more precarious as this next jeweller illustrates. Robert B. Hillmer was born in Oakville in 1874. Having learned watchmaking from his uncle he travelled to Port Elgin to establish a jewellery store there. He did not remain there long, it is possible that he was unable to complete with A. Marchand, another jeweller active in Port Elgin at that time, or perhaps the market was too small to sustain two businesses. Having failed to secure footing in Port Elgin he moved to Southampton in 1901.

The failure of his Port Elgin venture seems to have cost him dearly, as initially he was forced to sleep on a cot at the back of the shop he rented in Southampton. Fortunately for him, business soon picked up, and before long he was running an extensive watch repair business and even branching out to offer optician services as well. All this allowed him to live comfortably with his family until his passing in 1959.

Competition increasing as the years went by and the villages grew into towns was a near-universal principle. By the late 1890s Edward Fox was sharing Queen Street with another jeweller-optician, R. Patterson, who would later briefly serve as Kincardine’s mayor. Those jewellers who branched out into optometry also felt the pinch of competition from another source, as druggists (pharmacists in today’s parlance) increasingly entered the field to diversify their own businesses. 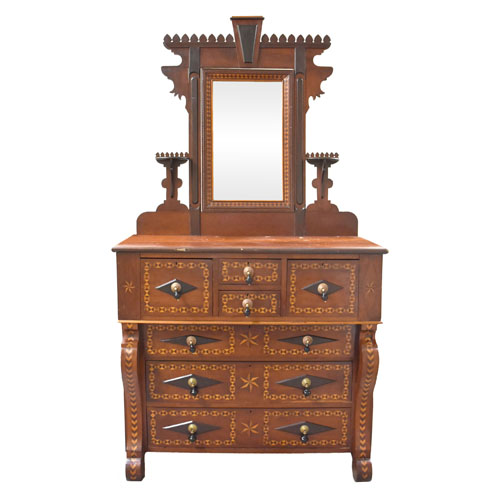 Bruce County is well known for its commercial furniture manufacturers.  Operating just before the rise of the great furniture factories, were several skilled furniture
Learn More